It’s funny the way a phrase, an image or a tune will stay with you. 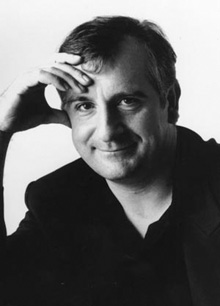 I bought Douglas Adams’ “The Long Dark Tea-Time of the Soul” in London in 1988, on the day it was published. I still have that first edition hard-back, yellowed, creased and torn now. It smells. It smells of the best smell in the whole world, which is, apart from the smell of new babies, the smell of old books.

It’s an innocuous paragraph, starting at the bottom of page 188, and one which I’m sure didn’t cost Adams too much thought at all as he wrote it, but I think of it every single time I stand on grass.

Now that, literary snobs, is literature.

“The grass was damp and mushy, but still worked its magic on city feet. Kate did what she always did when entering the park, which was to bob down and put the flats of her hands down on the ground for a moment. She had never quite worked out why she did this, and often she would adjust a shoe or pick up a piece of litter as a pretext for the movement, but all she really wanted was to feel the grass and the wet earth on her palms.”

– Douglas Adams ‘The Long Dark Tea-Time of the Soul’