John Creedon looks ahead to a busy 2018

John Creedon has had a busy year. As well as his week-nightly show on RTÉ Radio One, he has presented on TV “Creedon’s Shannon” and also the Fleadh Ceoil. He’s also working on next year’s TV show, “National Treasures”. A National Treasure himself, John spoke with us about his year in music and his hopes for the year ahead.

Among Creedon’s most memorable gigs this year was seeing Fat Freddy’s Drop, “a Kiwi Jazz/Funk/Steely Dan-like 9-piece”, headlining their homecoming gig “as the sun sank on a balmy 25 degree day” in front of 25,000 in the natural amphitheatre of a dormant volcano crater in Auckland, New Zealand.

“Other highlights included Karl Blau playing to less than a hundred people at Cork’s Cyprus Avenue … a wonderful presence, with a watertight country band featuring the
sweetest and loneliest slide guitar you’ve ever heard. Gonna be huge.

“The quality of playing by the youngsters we filmed for our Fleadh Cheoil tv series in Ennis this August! They just keep raising the bar every single year.”

Creedon only got to one Marquee gig this year, Elbow, but says Peter Aiken should be given a civic reception for his efforts over the years.

“In terms of Cork’s musical and commercial well-being, the Marquee has been invaluable. However, just where is our Concert Hall or event centre?  Have to say I’m getting tired of it.

“Before we know it, Limerick will steal our thunder and we will become a musical backwater. All the other venues around the city and county are to be commended for their on-going efforts in a really high-risk game. We need to support them.”

Creedon laments the loss this year of Walter Becker, Fats Domino, Tom Petty and many other fine musicians. Becker, Fats and Petty “have a special place in my own musical
journey”.

Locally, Creedon says he is really impressed by recent Cork releases from Tootawl with Mide Houlihan.

“John Blek released a solo album, composed for the most part while in his hospital bed. He’s better again, and the songs are even better still. Hope is Noise is a powerful Cork
band. Driving rock, strong lyrics, no prisoners. Check out ‘Speak Over You’ and
‘Relation’.”

“Great to see The Frank & Walters back on tour and still turning out fab songs. Sorry about all the great bands, venues and gigs that slipped my mind. been a busy year!” 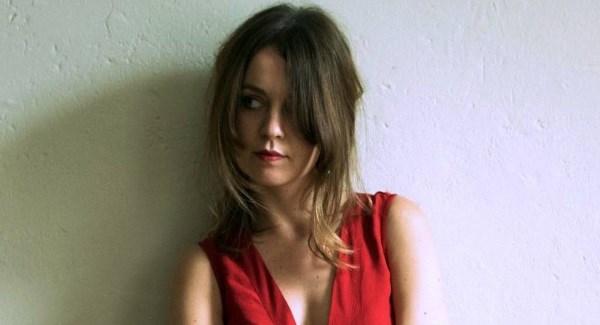 “The album has been received really well, I feel very grateful for that. I think no matter what, I would always make music, but to have your work critically well received is the
icing on the cake! I’m sure I’ll look back at when I’m old and grey and realise what a lovely thing to have been able to do.

“I’ll be putting out a song and a video from the album in January and that will be the last release from the album. I’ll also be following up with some live dates in March including a London show. I never really stop writing but the frequency with which I write varies and I definitely feel I’m in need of getting a few songs out! I’d like to put some new material out toward the end of next year but let’s wait and see what happens! Some collaborations might be in order!”

A year of landmarks for Hank Wedel

“I spent the year attempting to make people aware – in Ireland and abroad – that I put out an album in September, 2016, entitled ‘Living In The Land Of Love’,” says Wedel. “I had a really great and illuminating time performing gigs in Europe. But it was also a year of anniversaries and landmarks for me. I celebrated 30 years of working as a professional musician. My wife, Eileen and I celebrate 30 years of marriage and it was our first year of being grandparents.

This Christmas brings two big Cork City gigs for Wedel, with the Deadication Blues Band in Charlie’s on St Stephen’s Night, and with the Beetle Peyote Experience in the Oliver
Plunkett on Friday 29th December.

“I hope to travel even more in the year ahead, and spread the word about my album, ‘Living In The Land Of Love’,” says Wedel. “Also, I wanna start recording and releasing a whole new buncha songs.”

Following the launch in the National Concert Hall last year of her excellent debut EP, “Close Your Eyes”, Youghal-born jazz-singer Elva MacGowan is looking forward to the launch of her debut album. The album will feature the talents of The Elva MacGowan
Ensemble, featuring Dave Fleming on double bass, Bill Blackmore on trumpet and
Drazen Derek on guitar.

They recently played Bagots Hutton Dublin as part of their Bagots Hutton Live series and the album will feature their interpretation of American folk rock classics by Neil Young,
Linda Ronstadt, Roy Orbison, Fred Neil, James Taylor and more. “I am hoping to tour the album next summer around Cork and Kerry in various pub venues,” says MacGowan. “I’m lately listening to a lot of country, blues and old time music and a huge inspiration to me is singer Rhiannon Giddens who I just saw in Vicar St., an incredible musician and singer. Inspired for 2018!”

“My 2017 was similar to most years with their ups and downs but this time around both the highs and lows were a little more extreme,” says John O’Connor of John Blek and the Rats. 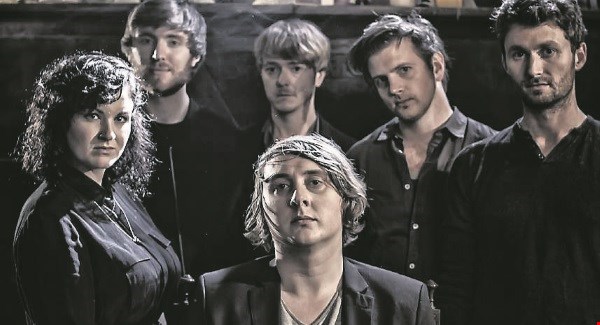 After four solid months of touring, O’Connor came into January exhausted and fell ill, spending February and March in and out of hospital.

“To maintain my sanity, I wrote a collection of 10 songs while lying flat on my back in hospital. I recorded the new music that would go on to become the album Catharsis Vol.1. It was an incredible experience with results that I’m incredibly proud of.”

“In early October I released the new album. I’ve taken it a little easier this year as I’ve grown aware of the fact that I can’t just destroy my body and exhaust myself again.

“For me this year I recognised my own limitations musically and financially and worked with them  to create the new album which to be honest is the album I’m most proud of. It’s stark and simple but lacks nothing when it comes to intensity and poignancy. It was done in two days keeping costs low but not compromising on quality. This approach of working quickly and keeping arrangements sparse will not suit every musician but it works for me right now and I’m glad I discovered it as an avenue.”

Síle Ní Dhubhghail is into her fourth year of running her music school, the Lee Valley Academy of Music, where she teaches too. This has been a busy year for Ní Dhubhghail, who  has two choirs at her school and who became the Social Democrats’ local area representative in Macroom.

“I’ve also been added to the board of the East Cork Early Music festival – my favourite music festival!” she says. “I took up the cello recently with a view to eventually learning the viola da gamba, because of my interest in early music. I’m working on some songs that I’m hoping to record on harp and harpsichord and other baroque instruments, on the subject of womanhood and power.”

‘Silvery’ worth its weight in gold for Cormac Ó Caoimh

Cork singer/songwriter Cormac O Caoimh marked 2017 with the release of his fourth, and most successful, album, “Shiny Silvery Things”.

“All 12 songs have received airplay and reached over 4 million listeners,” O Caoimh says. “And the singles ‘Second Hand Clothes’ and ‘Silence and Sound’ have reached more
listeners than any of my previous songs. These days it is hard to say that a
song is a hit. No one buys physical singles anymore, so for me the only way to
judge if  a song is a hit is by radio play and the listeners reached. Both my singles this year reached over 1 million listeners, so I’m calling them hits! Finally some songs for a greatest hits collection.

“This year was also full of lovely gigs. And I love playing with Martin Leahy. The full band gigs are him and me. What else would you need. The plan for 2018 is to release a
third single from Shiny Silvery Things and take some time to write and record the next album. And start all over again.”.

Deep South… with One Horse Pony

The band One Horse Pony promise on the tin “original blues roots music from Ireland’s Deep South”. Rob Foley, AKA The Rev Rob Hercules, says this was the year they pulled out all the stops, returning to the Glebe Gardens in Baltimore, featuring alongside Lisa
Hannigan and Wallis Byrd. The festivities began at sunset and went long into
the night.

“Two great shows at Electric Picnic ’17 was another highlight, for two specific reasons; the first was the massive Cork contingent among the performers, and the fact that on by Sunday, the stage we were set to play had collapsed. Luckily, the lovely Cathy Davey heard about our plight and gave us a slot on her stage.

The year was made up of a thousand wonderful moments (not least of which was appearing on the front page of the Echo). As always, the support we receive has made 2017 a productive and positive one to remember. In that spirit, One Horse Pony wish the people of Cork the very best of everything in 2018.

This year’s ‘Sounds from a Safe Harbour’ festival, the second such event, was a triumph. It was co-ordinated by former Cork Opera House CEO Mary Hickson and Bryce Dessner of US band The National, alongside playwright Enda Murphy and Cork-born actor
Cillian Murphy. It was just the latest success on Hickson’s impressive CV.

“I remember 2017 mostly for ‘Sounds from a Safe Harbour’ and the absolute magic that happened in Cork over that weekend,” says Hickson. “When I look back sometimes I wonder if it was all a dream… The best dream ever! My favorite quote of the weekend was by Justin Vernon (Bon Iver) ‘This is not a festival, it’s a spiritual f**king thing’. It really did feel like there was a special atmosphere around what we were doing. Cork City is the perfect playground for an event like this. We want to occupy more of its
nooks and crannies next time.”

Since the festival, Hickson is managing Bryce Dessner and they are working on new projects together. Among them, ‘Music Now’ in Cincinnati, ‘Eaux Claires’ in Wisconsin, ‘Haven’ in Copenhagen and a special project in Berlin.

“All of these projects will hopefully feed into and inspire ‘Sounds from a Safe Harbour’ 2019. We thrive to be inclusive and borderless, with no VIP access to anything. If you want to experience it then you invest in the time to get there and queue with everyone else. We are all in it together.

“The festival was lauded to have broken the festival mold, starting a new wave of how festivals should be.  We certainly hope so. It was a lovely surprise to be nominated as 2017 Best Festival in the Irish Times Ticket awards.

“Cork has a wonderful DIY mentality in the arts sector but we struggle to achieve our ambitions fully,” says Hickson. “It would be great to see more support from the corporate sector towards these bold projects. Creating SFSH17 was a financial struggle as an independent not-for-profit venture. We wanted to achieve so much more but could not due to lack of funding.

“The more support we get the bigger we can think and the louder the resonance of these great projects is going back into the world.  There is no doubt that we will have huge international interest in Sounds from a Safe Harbour 2019 and we need help in achieving something bigger and better.”

Originally published in the Evening Echo 20 and 21 Decembr 2017.